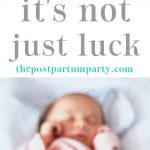 Learn about optimal baby wake times to help your baby take better naps, sleep longer stretches at night, and be less fussy throughout the day.

That would make having a newborn baby so much easier. If only it were that simple.

Instead, baby sleep is quite complicated and can be difficult to figure out. Overtired, under-tired, won’t sleep in the crib, will only sleep in mom’s arms—the baby sleep woes go on and on. Baby sleep is a complex process and one of the hardest parts of being a new parent.

But just because you are a new parent doesn’t mean you have to lose years or months worth of sleep. There are things you can do to help your baby fall asleep, start sleeping longer stretches, and sleep through the night.

And one of those things is paying attention to your baby’s wake times.

That’s right. It’s not using a magic swaddle or adding food to their bottle (definitely don’t do that). I don’t even consider it sleep training a baby.

Instead, it’s following your baby’s sleepy cues, knowing the appropriate amount of time for her to be awake, and then getting her to sleep within that proper sleepy window. And it can make all the difference.

Why is Baby Wake time Important?

Babies can only stay awake for so long before they need to go to sleep again. The time that a baby is awake in between naps is referred to as wake time or a wake window. Wake times will increase as your baby grows and develops. As she gets older she can handle being awake for longer periods of time. Wake time will also vary from baby to baby. Some babies will need a longer wake time before a nap or bedtime, while others will have a shorter wake time, even at the same age.

Many sleep books, like Babywise and The Baby Whisperer discuss wake times, but don’t go into a ton of detail on it. I found wake time to be one the most crucial factors to my daughter sleeping well.

Does Baby Awake Time Include Feeding?

In the beginning, your baby’s feeding will take up most of her awake time since newborns aren’t able to stay awake for very long. As your baby gets older, she will be able to stay awake a little longer and play before being put down for her next nap.

For example, let’s say that your baby’s optimal wake time is 1.5 hours. She takes 30 minutes to get a full feed. She will then have an additional 60 minutes of wake time before she is ready for her next nap time.

Baby’s wake time does require a little bit of math and a lot of counting and keeping track.

Baby wake times are shorter than you might think and are critical to your baby getting a good nap and better sleep at night. Following appropriate wake windows can make it easier for you to get your baby down to sleep, help her take a longer nap, help her sleep longer stretches at night, and eventually help her sleep through the night. And isn’t that the goal? Better sleep is why I was obsessed with wake time when my daughter was born.

In general, here are the recommended wake times for babies by age:

During that fourth trimester, newborns are very, very sleepy. Most newborns will sleep 14 to 18 hours total in a 24-hour period (source) with only 30 to 45 minutes of wake time in between each nap. At this point a baby’s sleep patterns are very irregular. The majority of a newborn’s awake time is spent feeding. Don’t stress about wake times at this point. Just try to separate feeding and sleeping a little bit if you can. Even a quick diaper change can help do the trick.

Around this age some babies will start to extend their wake time by about 15 minutes, Babies start to wake up a little bit after the 2-month mark, but still sleep a large part of the day and night.

As your baby grows and develops, feeding doesn’t take up as big of a chunk of the wake time like it did with a newborn. Your baby will be able to extend their wake time and you’ll be able to play with them more! Around this time I was able to run a quick errand or do a walk in the park during my daughter’s wake time.

Two hours of wake time at 4 months of age felt like forever to me at this point! Sometimes it was great. I had two hours to feed my daughter, get out of the house and have a little playdate before going back down for a nap. And sometimes two hours felt like the longest time in the world. When I stayed home and entertained a 4 month old alone that time crawled by.

Many people start to introduce solid foods around this time. We waited until six months old and did baby-led weaning (and loved it!). Around 6 months, many babies will start to drop to two naps and lengthen their wake time again. One thing you’ll learn very quickly is that baby wake time changes quickly as your baby quickly grows!

As your baby continues to grow and develop they will stay awake longer. I found this age so fun as baby starts to become more mobile and their personality really starts to come out! By now, you’re probably pretty tuned into your baby’s sleep patterns and how much wake time they can handle.

Many babies are ready to drop to one nap around their first birthday. Your baby is becoming a little toddler now and starting to get into all sorts of mischief! Congrats mama! You survived that first year of navigating baby sleep schedules and wake times!

Remember, that every baby is different and it will take some experimenting and troubleshooting to find your baby’s optimal wake time. Start on the lower end and increase it slightly if you think wake time might be the reason your baby is taking short naps.

My daughter was always on the higher end of wake times. Whenever we consistently started to struggle with short naps, I would increase her wake time by about 15 minutes and that usually did the trick. She would sleep longer when she had a slightly longer wake time.

Baby sleep is complex and there could be other factors affecting your baby’s sleep such as hunger, gas, sleep regressions, and general discomfort. Look out for overtired and under tired cues to try and determine if your baby’s wake time needs adjusting.

They may fall asleep quickly, but will then have a hard time connecting sleep cycles and wake up 30 minutes into the nap.

If your baby is having a hard time going to sleep, or wakes up fussy 30 minutes into the nap, part of the problem could be that she is overtired. Look for these signs during her wake window to determine if your baby might be overtired :

A baby who doesn’t have enough wake time before a nap won’t be tired enough to take a long nap or sleep through the night. Think about it, if you take a nap at 6 p.m., you probably won’t be ready to go to bed at 9 p.m. (Unless you’re a new mom!).

If your baby is experiencing short naps, you can try experimenting with her wake time to see if she needs less or more time before going down to sleep. It can be so frustrating when there isn’t a clear cut answer, but having a baby never came with an instruction manual!

Sometimes finding the optimal wake time for your baby can feel like you are chasing a unicorn, and you might wander if it even exists. As your baby grows, her wake time will become a little easier to figure out. It can be really tricky in the beginning, but keep experimenting and you’ll get it!

Start with the lower end of the wake time suggestions above and add small increments when adjusting wake time. Try staying with a consistent wake time for a few days before changing it again.

The thing that I experienced with wake time was that Evelyn always seemed tired at what I thought was her optimal wake window.

She kept waking up early from her naps though, so I had a feeling she needed more wake time in order to extend her sleep. I had to help her stay awake for those extra 15 minutes by taking her outside, showing her our dog, playing in the sun—anything to distract her so she wouldn’t fall asleep too early.

Doing this helped extend her naps and sleep overall, but it was a process to figure out that she needed a longer wake time.

Finding your baby’s optimal wake time can be super frustrating, but I promise once you nail it down, it will help your baby’s naps and night time sleep. You’ll get in a good groove and have more predictability to your day. And then, your baby will grow and you’ll have to increase their wake time again! 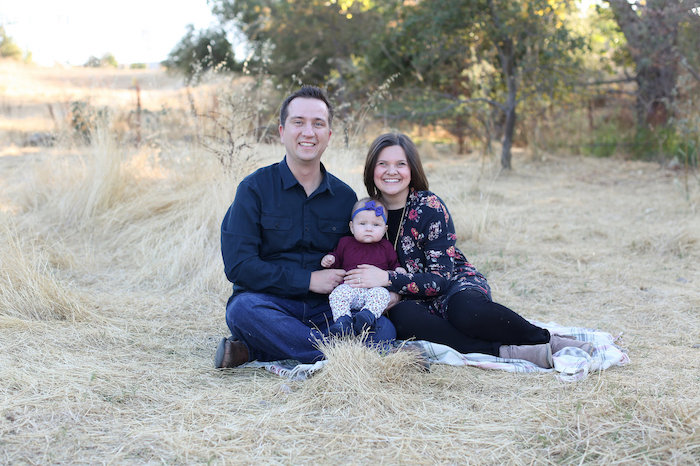 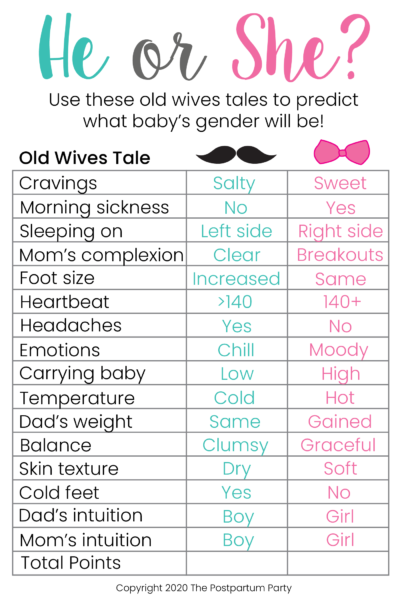 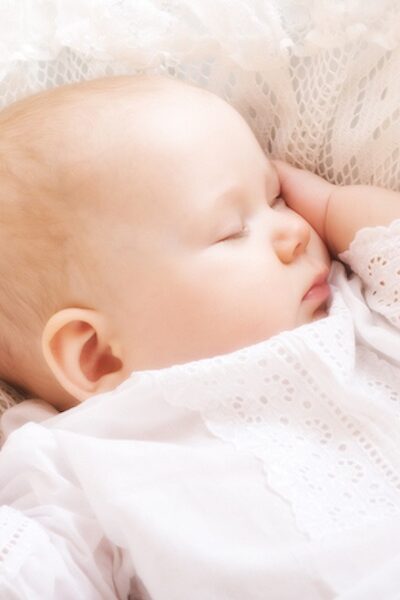 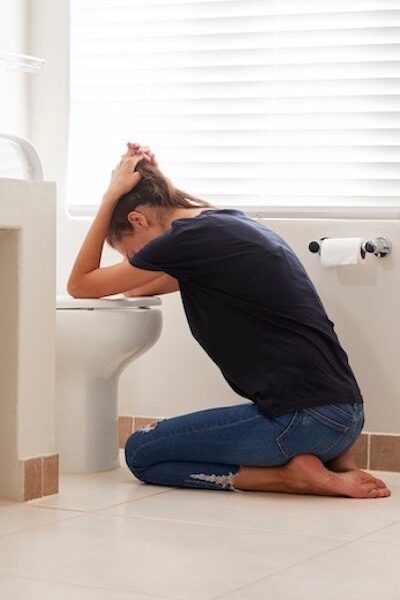 The Postpartum Party does not offer medical advice, services, or treatments to its clients. If you are concerned about a medical issue related to yourself or your child we urge you to contact your doctor or pediatrician immediately.